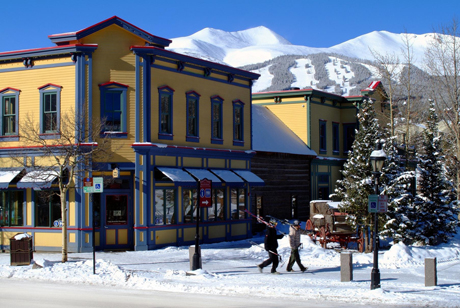 EPIC Local Pass on SALE NOW for USD669
Unlimited skiing and riding at Breckenridge, Park City, Heavenly, Northstar & Kirkwood plus 10 days of skiing and riding at Vail, Beaver Creek & Whistler and 7 days Crested Butte plus 5 day Hakuba.
This Pass comes with restrictions.  Call one of our Travel Specialists to check if this is the right pass for you.

ACCOMMODATION SPECIALS: Book by 31 August 2018
Up to 25% OFF accommodation

Special conditions apply, talk to one of our Travel Specialists for more details. 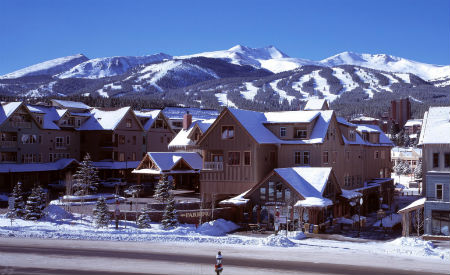 Breckenridge is a popular destination for Kiwi skiers, especially those who like to ski all day and party till late. Breckenridge charmingly manages to blend a historic mining town with an ultra modern resort. A friendly, laid-back vibe, the ultimate après-ski scene and 2,358 acres of pure snow sports bliss make Breckenridge the perfect mountain town.

On the mountain, you’ll find impeccable grooming, North America’s highest chairlift and terrain for every skill level. As one of the first resorts to allow snowboarding, Breckenridge is home to four terrain parks and three half-pipes that are consistently ranked among the world’s best. The diverse terrain offers skiing and boarding spread across 4 interconnected mountains offering enough thrills for any skier, but it is also within 20 miles of Keystone and Arapahoe Basin and only 34 miles for its sister resort Vail, all of which can be skied on the combined Colorado ticket. It also has one of the best snow-sure records in USA. 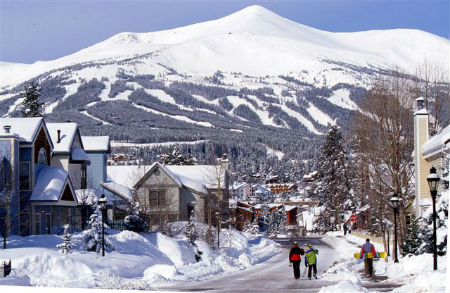 Most of the trails are known by numbers rather than names. The new Peak 7 base area brings a higher level of luxury and service in Breckenridge complete with high-end lodging at the new Crystal Peak Lodge, ski school, equipment rentals, ticket sales and a new sit-down dining experience at Sevens. Peak 8 is home to some of the best learning terrain in the world. The south side of Peak 10 boasts big fat bumps, hidden kickers, legendary glades and enough fresh tracks to make expert riders and skiers salivate.

The historic downtown area has many shops and boutiques and a good choice of bars plus over 50 restaurants. Whatever your taste in après-ski, Breckenridge can probably cater to it.